PAC-UK says goodbye to its CEO

Peter Sandiford, who has held the post of CEO of PAC-UK since 2010, has left the organisation with effect from 1 January 2018. 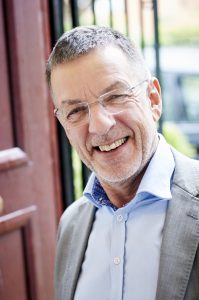 Peter Sandiford, who has held the post of CEO of PAC-UK since 2010

PAC-UK and its Trustees are grateful to Peter for his commitment to the organisation since 2010, and the growth and developments achieved during his period as its CEO noting that during that period the organisation achieved successive ‘outstanding’ ratings by Ofsted and was the winner of the GSK/King’s Fund IMPACT award in 2017.

Further to discussions between the Board and Senior Leadership team over the past year it is apparent that PAC-UK must respond to changes in its operating and commissioning environments, as well as developing further its influence, and its response to changing social need. Peter has recognised this, and believes that the organisation would benefit from new leadership to see it through this next stage.

Any questions regarding PAC-UK or its work should be addressed to Directors of Service Delivery Jan Slater jan@pac-uk.org or Claire Walsh clairew@pac-uk.org in the first instance.