PAC-UK is now the largest independent adoption support agency in the UK, providing services from Northumberland in the north to West Sussex in the south. To date there are more than 100 local authorities benefiting from its services.

With offices in London and Leeds, the agency brings together a multi-disciplinary team of more than 70 members of staff and volunteers with skills and expertise in working therapeutically with children, adoptive families, other permanent carers, adopted adults and birth parents.

It has been a period of transformation for the agency as we expanded our services and created new opportunities following government endorsements and funding for more comprehensive post adoption support.

We have accomplished a great deal over the last twelve months, particularly in achieving an ‘outstanding’ Ofsted report which commended our innovation and collaborative approach to transforming adoption support services for families.

It has also been a year that has seen a significant change in how adoption support services have been accessed by families through the introduction of the Adoption Support Fund. The changes at PAC-UK are a reflection of what is happening in the sector as it evolves. We know the coming year will bring yet more change as a result of the Government’s regionalisation of adoption services which will result in a reduced number of localised agencies with the voluntary sector expected to play a more central role. However, this again will have a significant impact on our contracts as services are likely to be commissioned by regions rather than individual local authorities.

In 2014-15 we have expanded our Education Service, now working with 15 LA’s in the North of England as well as providing a well-used national Education Advice Line.

Our training has been well attended, with over 1,638 parents, carers and professionals in Leeds and London benefitting from courses that are tailored to suit their needs.

As 2015-16 started we relaunched our Birth Parent Service as First Family, a name chosen by a group of birth parents in the north.

Our Child and Family Service has continued to grow. We are now providing therapy to an ever increasing number of families in London & the South East and we are developing a service in the north that is delivered in the family’s locality, a service welcomed by families and commissioners alike. With the implementation of the Adoption Support Fund:

Our growth has been particularly enabled by success in achieving grants and other fundraising where the total raised increased from last year by 28%.

Our success in a year of change is down to you. I personally thank all staff, volunteers and trustees and in particular Lyndsey Marshall (PAC-UK's Director of Service Delivery) and Paula Newson-Smith (PAC-UK's Chair of the Board of Trustees). Without you all we could not have had any of the successes I have referred to – you have contributed to PAC-UK’s achievements this year and I look forward to working with you to ensure the future continues to bring high levels of support to those that need it – our charity’s beneficiaries. 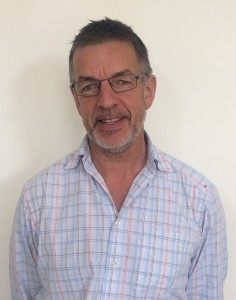