Overcoming Trauma from Forced Adoption: Rebuilding my Life with PAC-UK

About half a million babies were adopted in the 1950s, 60s and 70s, most of which were born to unmarried women. During this time the Catholic Church, Church of England and the Salvation Army were responsible for running “mother and baby homes” and adoption agencies in the UK.

In November 2016, the Catholic Church apologised for its role in pressuring young unmarried mothers into adoption. In this account, Ruth* discusses her experience of adoption in the 1970s and how PAC-UK is helping her acknowledge and overcome the long-lasting effects and rebuild relationships with her son 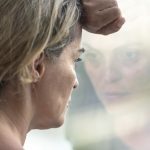 When I found out I was pregnant at the age of 17, I was over the moon. With no parents of my own and an older boyfriend who I believed would support me, I thought it was the start of my own family unit. While I whole-heartedly embraced the news, the relationship with the father turned sour and he told me he wanted nothing to do with both me and his unborn child. Nonetheless I was fit, healthy and working and I wanted to proceed with the pregnancy. Call it motherly instincts, but I knew it was a boy.

During the latter stages of my pregnancy I was very much alone; I didn’t have any support around me where I lived, I didn’t have very many friends or family to lean on. So I decided to move closer to my brother who, at only a year older, was still a young man himself. During the 70s it was common practice to rent a room in a bedsit, however there was great discrimination against young unmarried mothers so when my pregnancy began to show, the landlord packed up my things and told me to go. Finding somewhere else for me at that late stage was impossible. At eight months and struggling to find housing, my brother contacted the social worker who handled my case when I lost my parents as a child.

After conversations with the social worker she took me to a mother and baby refuge run by the local catholic nuns, which was not uncommon in the 1970s. During my time at the home I was absolutely clear in my intention to raise the child on my own; I thought it was the beginnings of me finding somewhere secure for us both. However, much like the women in the documentary, Britain’s Adoption Scandal: Breaking the Silence, I experienced first-hand the treatment of young unmarried mothers in these establishments and was completely unaware that during my time there, I would be coerced into giving my child up for adoption.

Nothing much was discussed during my time at the home – I spent my days keeping active with regular swimming and looking for work. Much to my surprise, the home began discussing the possibility of adoption a couple of weeks before my son was born. These conversations could only be described as punitive, with accusatory statements that forced expectant mothers to feel ill equipped to raise a child. They would ask questions such as; ‘where are you going to live’, ‘how will you support the child’, ‘what about the father’. This barrage of questions made me feel immense guilt and somehow selfish for wanting to raise my son.

It was made very clear to me that I didn’t have a choice; no alternative options were offered to help me find housing or employment. I was never even made aware of the fact that by the time my son was born, I would be of legal age to refuse a forced adoption and take my child home with me. I knew the first couple of years would be difficult, but I felt able and fit enough to do it. When faced with constant questioning on your ability and character you find yourself surrendering to the cause; that they are right, you can’t raise a child alone.

No Time for Goodbyes

The day my son was born, I went swimming and spent the day sitting in the park all through the early stages of labour. To my disappointment, my notes read that I delivered my son at the hospital in less than two hours but I know it was much longer. Even though I didn’t know it, those days following his birth would be the most traumatic of my life.

I had a textbook delivery, and spent the rest of the day and night caring for my child. The next day I woke with him by my side and in the afternoon, a nurse came and took my son – she didn’t say he was going; she told me he just needed a check-up. There was no warning, no goodbyes; that was the last time I saw my son.

I became numb after that. The realisation that my son wasn’t coming back hit me and I clearly remember the panic I felt over my breastmilk; what was I to do, my son needed me. At the hospital, I was given pills to stop milk production and shown the door. The social worker arrived to take me back to the home, but I don’t remember leaving the hospital. In fact, I am only now getting to the point of remembering my labour with help from PAC-UK.

I went back to the home for a couple of days and then I left. It was strange, leaving that home and the other mothers behind; you can’t process the loss. They tell you, don’t worry you’ll be fine, you’ll have more children one day, which was not to happen in my case. That is how cold it was; a clinical process. They believed they’d done the right thing for everybody. There was no support for mothers to process the fallout from what had happened.

Not only did I lose my son during this time, but the whole thing severed the relationship with my brother who to this day feels immense guilt and is unable to have contact with me.

Reconnecting with my son

My son found me two years ago and the impact of that reunion was huge. When I met him, I felt as if I was floating. It turned out to be too intense for both of us, and my son only wanted initial contact by text - usually about one a month - for about a year before we met again.

It was during that time when I became very ill – I couldn’t sleep, couldn’t eat or work, I couldn’t really look after myself. Everything I had created in the years following the adoption had somehow been crushed. The sheer joy I felt at finding my son and then the anguish I felt after the relationship broke down was too much to bear.

Getting help with PAC-UK

Eventually I sought help from my GP to cope with the loss and feelings of guilt, and while they offered medication to help the symptoms such as insomnia and depression, they didn’t tackle the underlying emotions I was feeling. With their help and the help of another organisation, I was referred to PAC-UK for specialist support and within six weeks I was being seen by Rita Cleary, an adult counsellor based with PAC-UK’s adult services.

Rita was and continues to be an absolute lifesaver. All of a sudden as a consequence of my sessions with her, I was meeting people who knew what I was feeling and what I was talking about. They had the knowledge and experience to show me that I wasn’t alone. Working with PAC-UK, I started to acknowledge the grief I felt losing my child to adoption and meet other mothers who’d experienced similar loss

Slowly, and with ongoing guidance and support from PAC-UK, I have been able to come to terms with the grief and loss for the first time and deal with the impact it has had throughout my life. No one could truly understand what it was like when my son was taken from me; there was no consensus, no acceptance. But, with PAC-UK, I am finally able to handle the guilt and start rebuilding my relationship with my son and hopefully my brother.

I now have a really good relationship with my son, and my life is returning back to normal. I am able to work part-time and my confidence is starting to come back. I don’t think without PAC-UK that would happen. With PAC-UK, I am no longer masking the problem with medication but actually confronting the trauma to begin the healing process.

*Please note some details have been changed to protect identities

We have set up this page to enable birth parents, adoptive parents or other permanent carers to share their stories, and hopefully help encourage others to seek support from PAC-UK. If you are interested in sharing your own experience please contact us here.

For press and media enquiries please contact us here.